The #BlockPeterSchiff Movement is Gaining Steam

Influincers are Duct Taping their Garbage to the Wall

Changpeng Zhao aka CZ was just Arrested in Shenzhen, China

Doesn’t have the Cash

Australian-born technologist Craig Wright has changed coarse and decided that he cannot fund his court settlement negotiated with the Kleiman estate.

According to the Southern District of Florida in a court document filed on Oct. 30, Wright pulled out of the settlement agreement in which he would forfeit half his intellectual property and bitcoin mined prior to 2014. With the agreement broken, trial motions are now back on.

Ira Kleiman brought the charges against Wright in 2018 on behalf of his deceased brother’s estate. Kleiman claims Wright manipulated business documents, emails and other correspondence to defraud the estate.

Wright was sanctioned in late August, after being found in contempt of court by Magistrate Judge Bruce E. Reinhart for neglecting to disclose a complete list of his bitcoin addresses, reportedly amounting to 1.1 million bitcoin.

During the hearing, Wright claimed his bitcoin was unavailable due to his former business partner David Kleiman’s death as well as a complex encryption scheme. The evidence were found to be inconsistent and in bad faith. 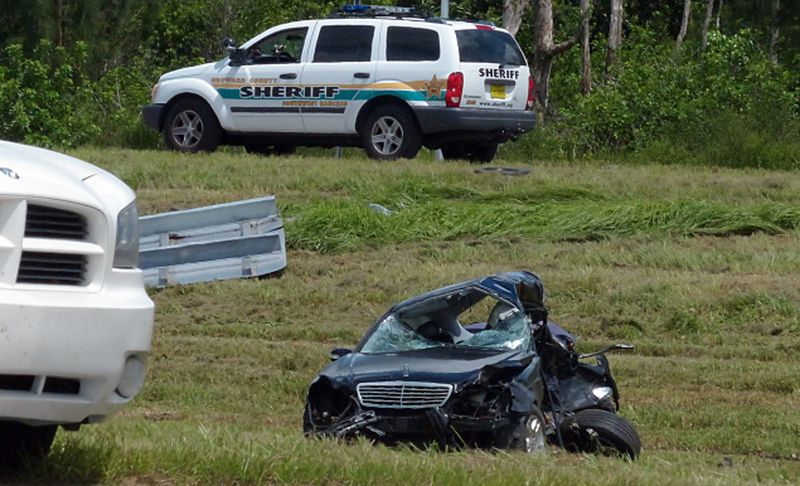 Mercedes Distroied on the Side of Highway

Earlies this afternoon Craig Wright’s vehicle was involved in a seven-car accident that left his car demolished on the side of I-75 in Hialeah, Florida. However, just like a Bitcoin action movie that he is Craig had completely vanished from the scene of the collision.

The most interesting the that stuck out to local accident inspector Officer Phil Parker was the lack of sign of an injury sustained by the drive of the Mecadies. Officer Phil had said, “Golly, it’s almost like no one was driving the car.” There tragically was one fatality however, while the rest of the passengers walked away unscathed.

At the time of this article, Craig Write has not been accounted for with the hashtag #WheresFake Satoshi trending on Twitter. Now many users suggesting that Mr. Write is performing a disappearing act in order to forgo his obligation to repay his settlement. Others have even gone on to say the coincidence of Craig Write heading back to court as well as his disappearing leads them to believe he staged everything.

You are probably doubting the legitimacy of our articles. Well, those are some good instincts, CSnews is satire news, parody and humor website and is for entertainment purposes only.

All CSnews articles are satire news and entirely fabricated.

Any resemblance to the truth is purely coincidental, except for all references to sports personalities and/or celebrities, in which case they are based on real people, but still based almost entirely in fiction.

Binance to stay open for US customers until Sept 17